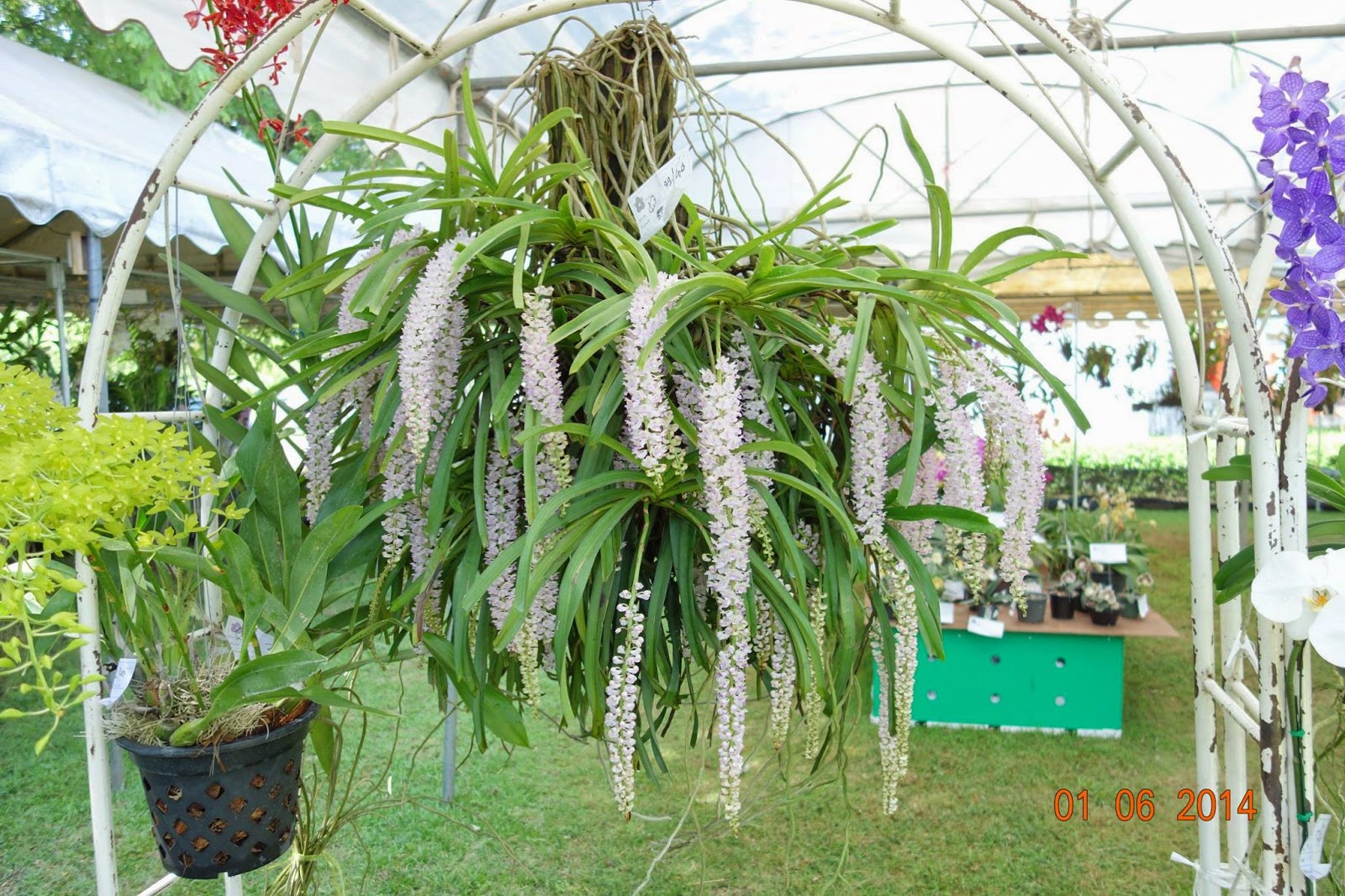 About Rhyn. retusa
Medicinally the plant is used to treat wounds, cuts and bruishes. Due to bio-piracy, the plant is in the verge of extinction in India. Rhychostylis retusa is recognized as the state flower of Arunachal Pradesh and Assam.

In Assam, it is popularly known as Kopou Phool, and is an integral part of a Bihu dancer's attire. Among the youths, this orchid is regarded as symbol of love. This orchid also acts as a symbol of fertility and merriment. The inflorescence is also used in the marriage ceremony of the local people. Considering the importance of this orchid, it is usually seen under cultivation in almost all Assameese families

Orchid is growing is Monopodial-type; ; Orchids are growing always grows vertically. Bud that on apex will sprout leaves alternately, growth continues while old leaves and stem will die. Roots and leaves sprout alternately from below to upward. Bud completely healthy will sprout new plant.

Epiphytes; Growing on clinging to branches of trees. Roots orchids have thick roots covered with silver or white velamen. Which adsorb moisture and nutrients from the air such as Plalaenopsis Cattleya Dendrobium etc.


Type of Roots
Rhyn. retusa orchids are Aerial roots : Most orchids grow on trees. Large Root which acts to store water to feed itself. Resistant to drought very well. If be grown in potting. Roots attaches potting for stem stable. If the orchid is completely healthy , Root will branching away. 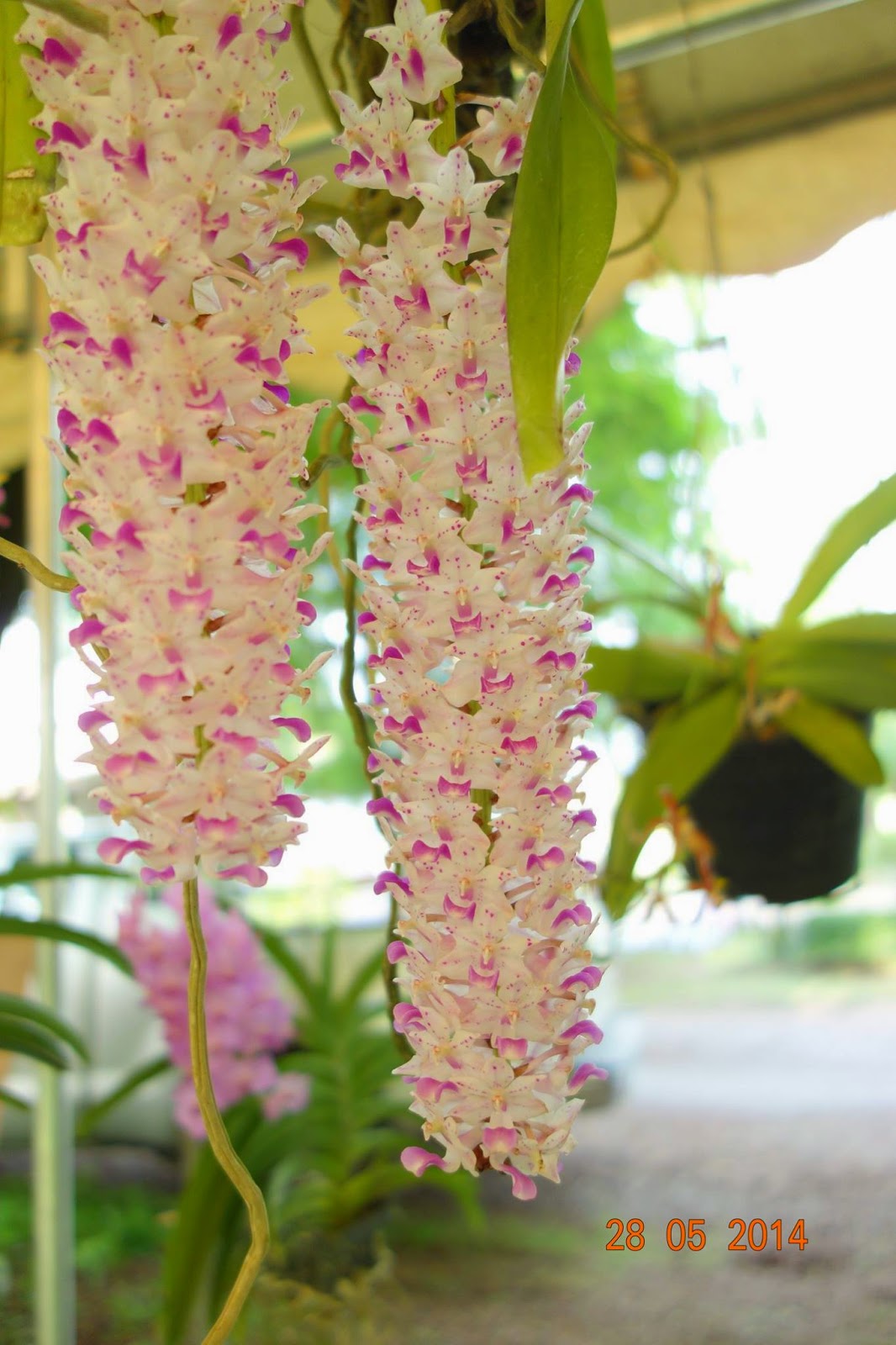 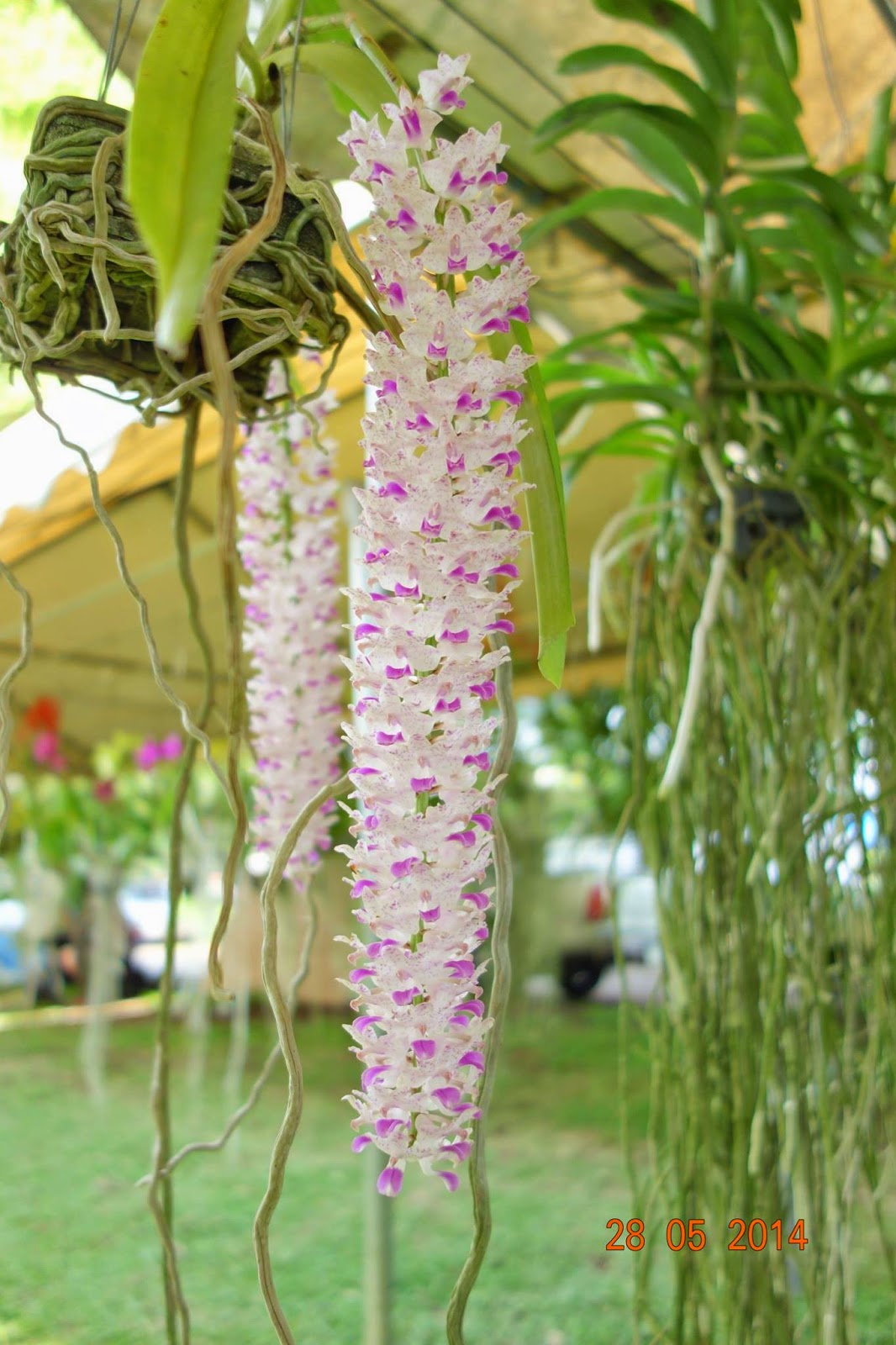 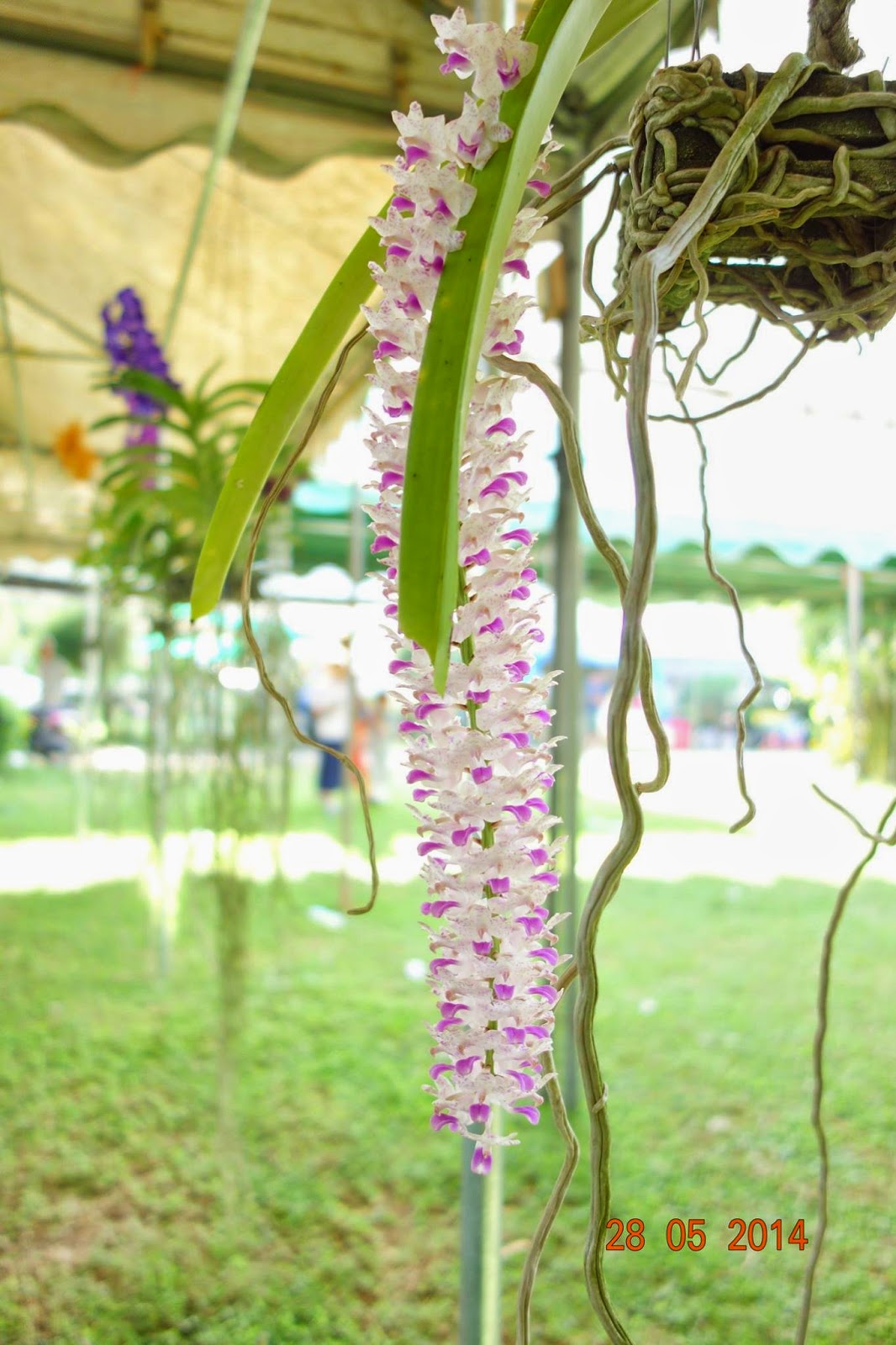 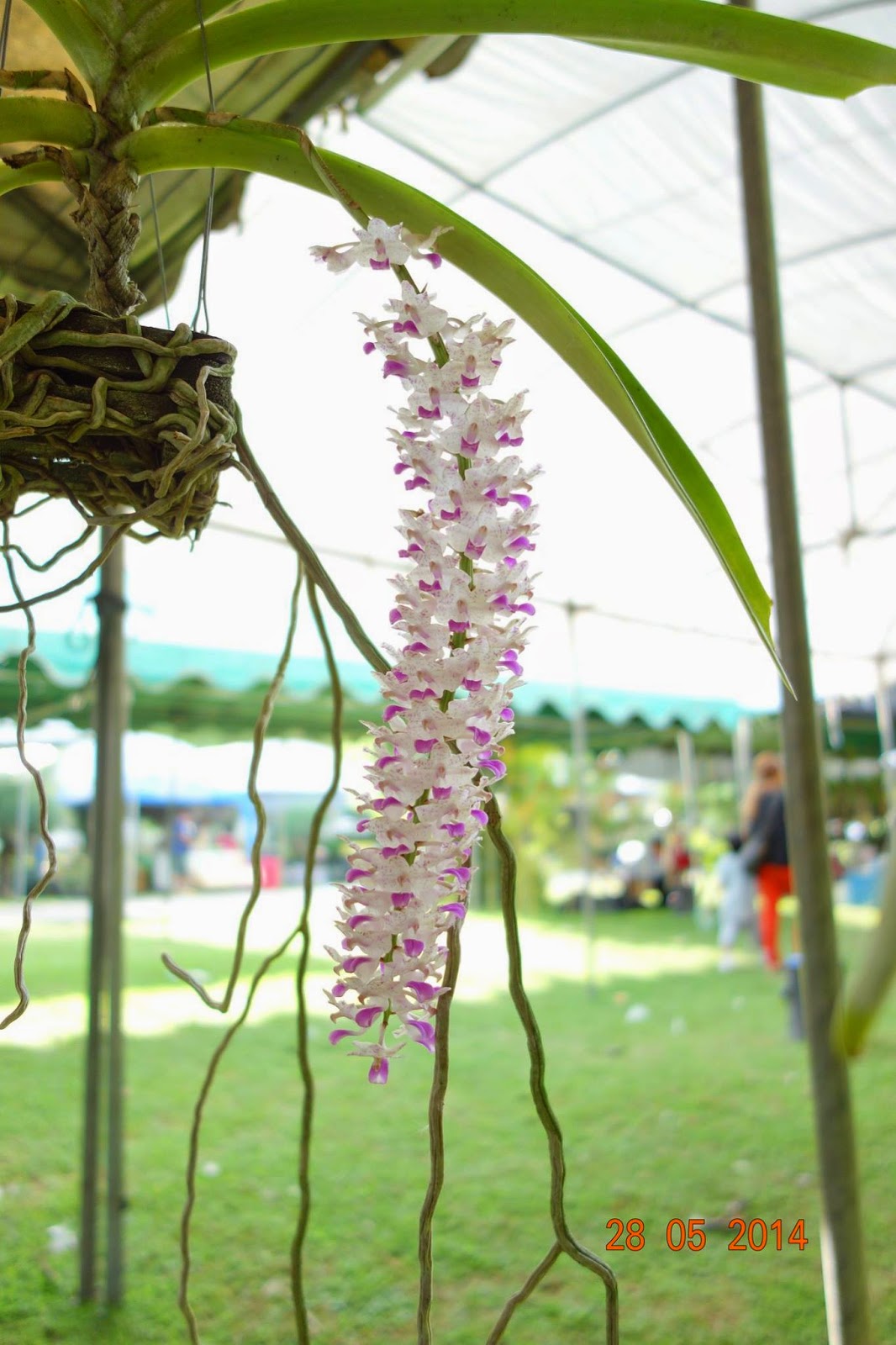 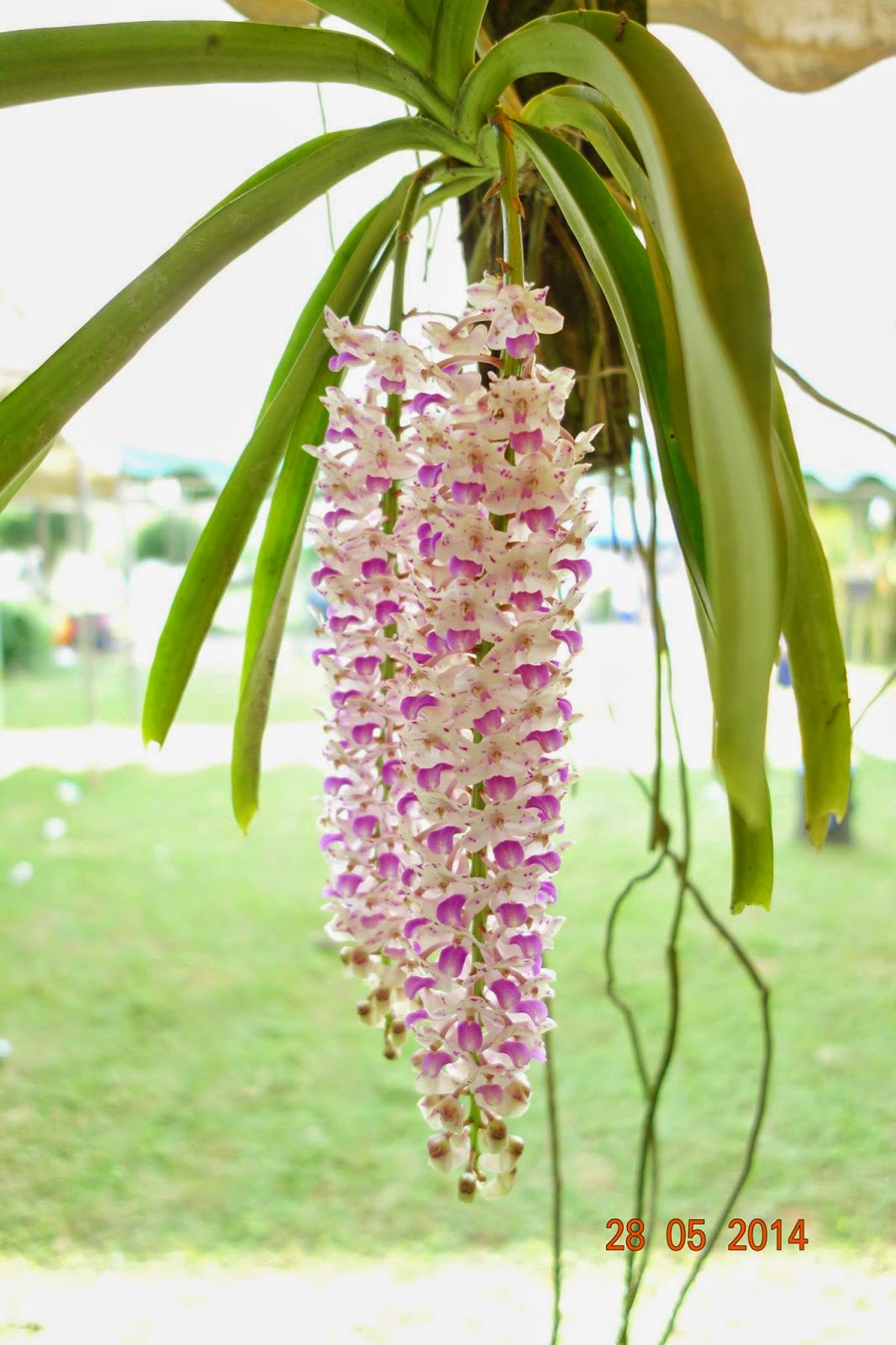 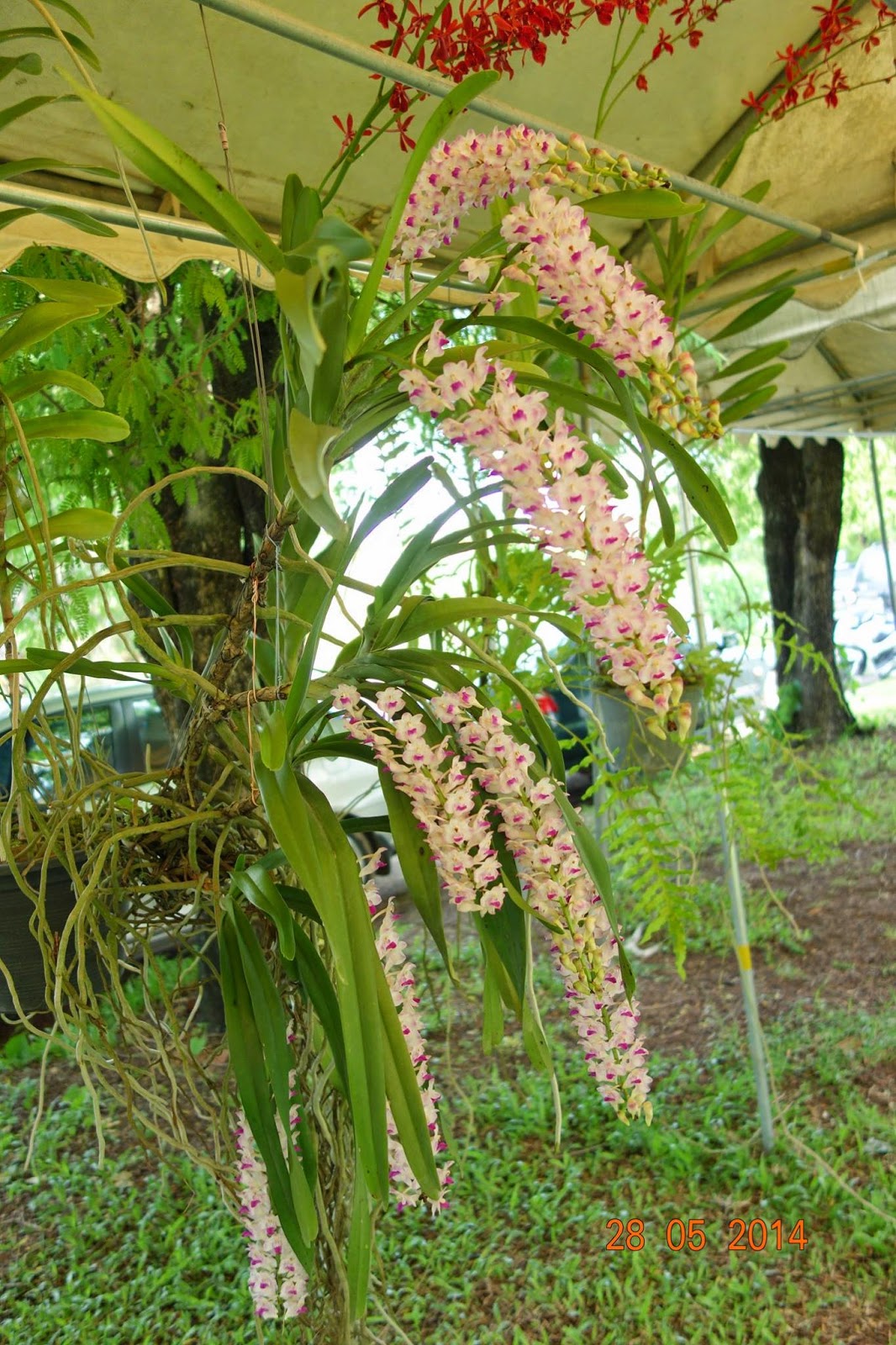 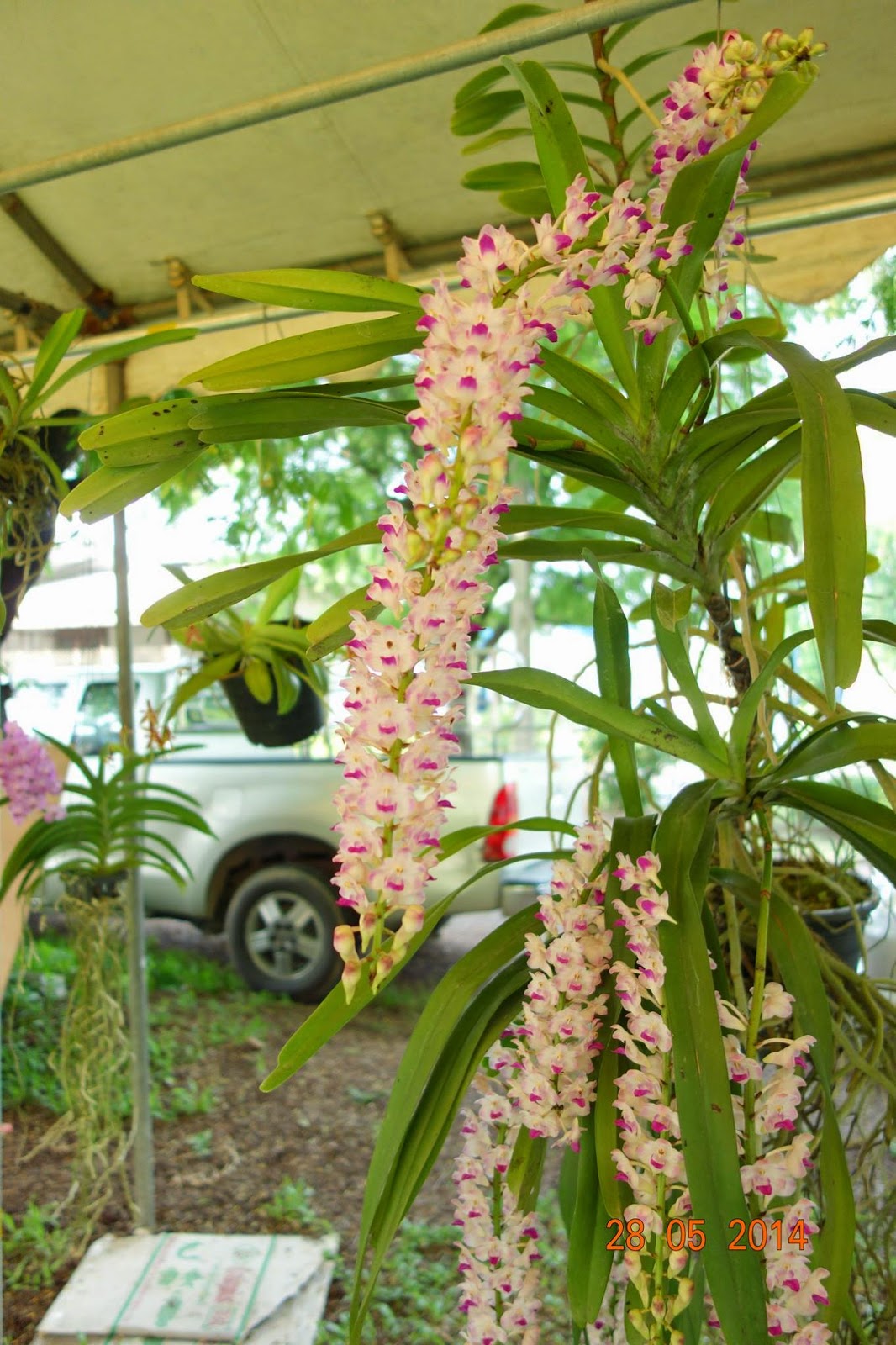 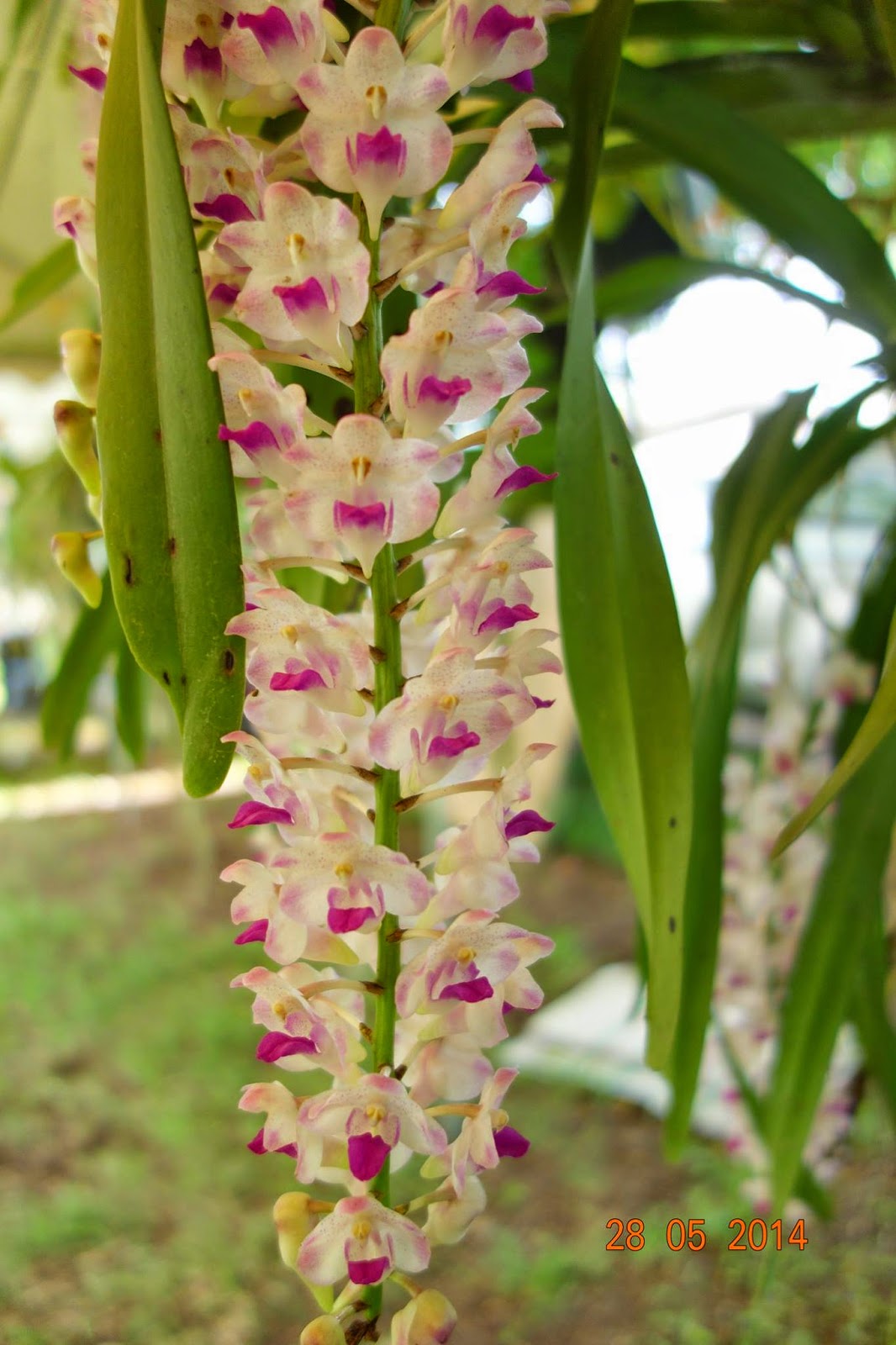 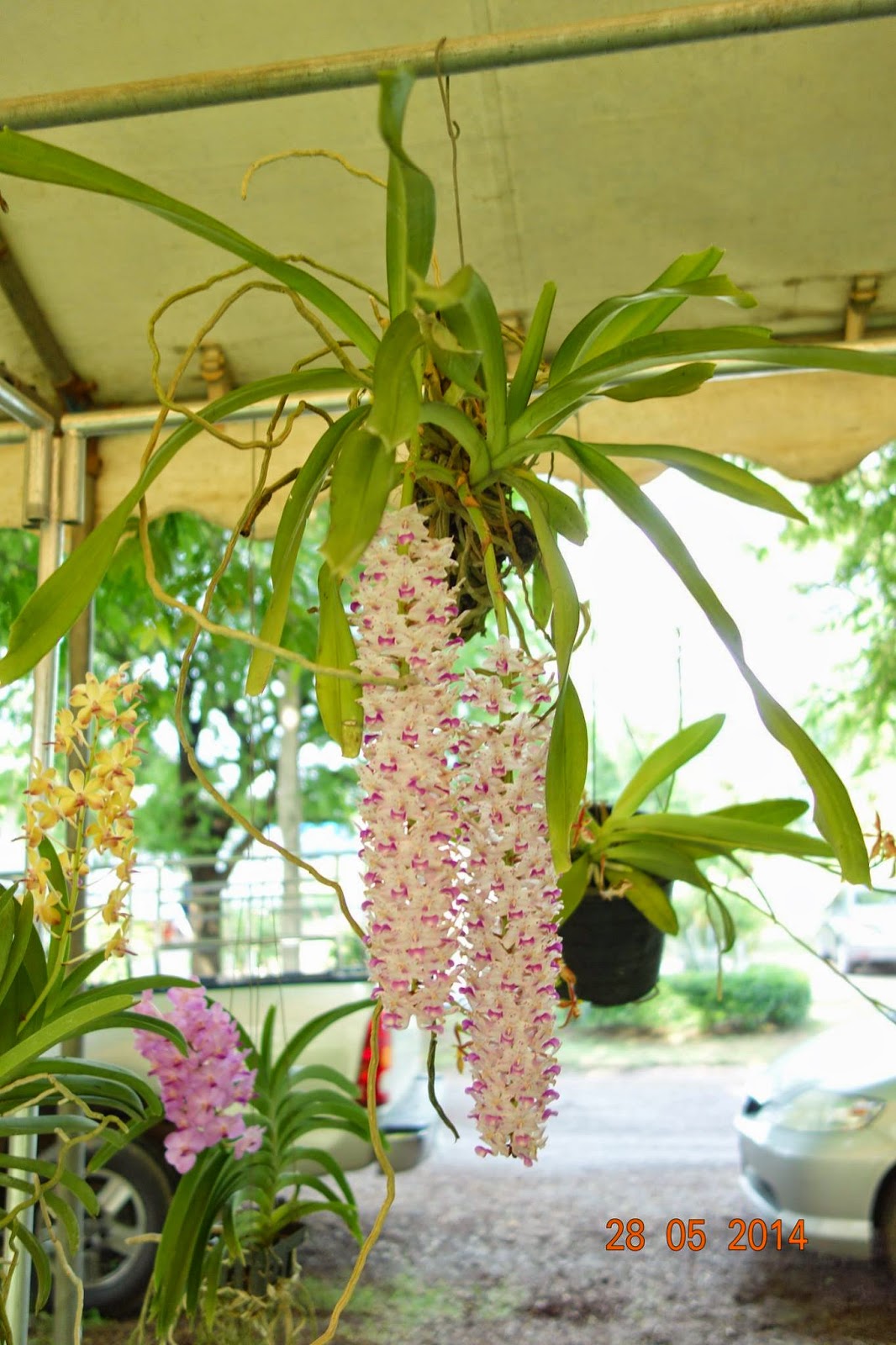 Inflorescences&Flowers.
They have stout, repent, short stem carrying to 12, curved, fleshy, deeply channeled, keeld, retuse apically leaves and blooms on an axillary, pendant, to 60 cm long, racemose, densely many flowered, cylindrical inflorescence that occurs in the winter and early spring.


Watering
Rhyn. retusa prefer even watering and even fertilizing throughout the year. If more water , It will die , it don't like wet frequently. Prefers indirect lighting.

The Blooming Season
Flowering is usually summer into fall. The plant is most common in North-East, Orissa and Andhra Pradesh. In Andhra Pradesh, the plant is called by Telugu name Chintaranamu.